12/14/2016: South Bend Mayor Pete Buttigieg arrives with his partner Chasten Glezman at a vigil to remember those killed in an attack at a gay dance club in Orlando, Fla. POLITICO is reporting that Buttigieg is considering a run to lead the
Democratic National Committee. Tribune File Photo/SANTIAGO FLORES

South Bend mayor Pete Buttigieg walks with his partner Chasten Glezman toward the Riverlights as they are cycle through the colors of the rainbow during a vigil to remeber those that were killed in Orlando Florida. Tribune Photo/SANTIAGO FLORES 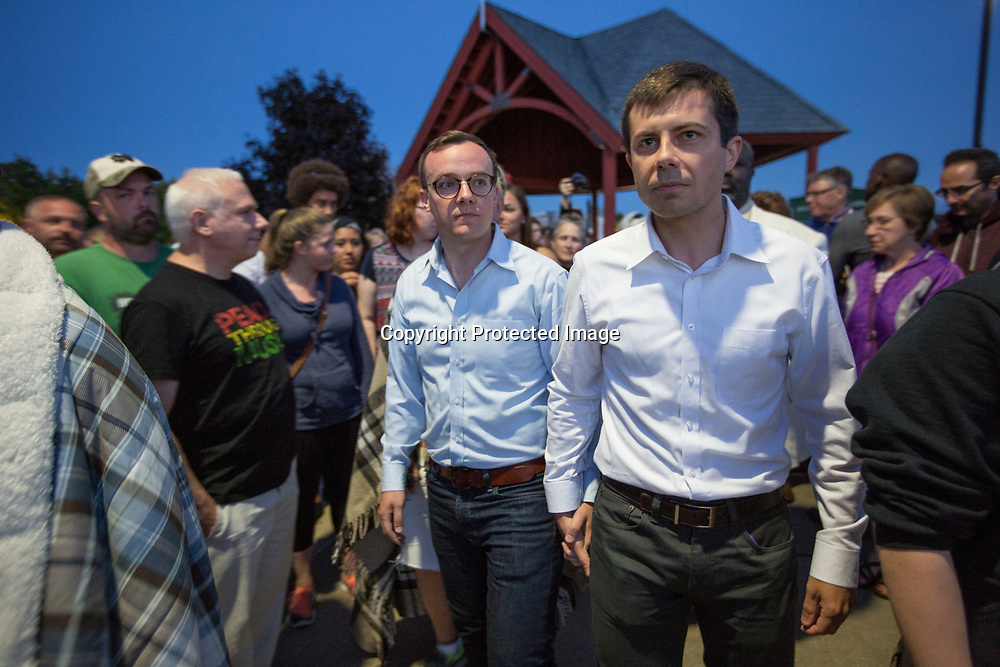